Some RPGs keep stats super simple to streamline gameplay, and I generally favor this move. For example, I love—although also find frustratingly fuzzy—the five Stats used in Apocalypse World: Cool, Hot, Hard, Sharp, and Weird. What I love is that, conceptually, they’re not divided into “physical” and “mental”; instead, AW uses broad brushstrokes to define characteristics-as-abilities that thematically reinforce the rawness of the setting. There’s nothing fancy about describing post-apocalyptic survivors; they’re hot, they’re hard, they’re sometimes downright weird. A number of PbtA spin-offs use only four stats. Urban Shadows, for instance, uses Blood, Heart, Mind, and Spirit. I’ve thought about using my concept of a four-part soul as the four basic stats, but I’m just not quite comfortable encapsulating and delineating all basic abilities within the framework of a multiplicitous soul. Perhaps I’m too old school in my thinking, but should a character’s superior psychic awareness (for example) in some way determine whether they’re better in physical close combat or a shootout? Perhaps neither, but then what parts of the soul do lend themselves to combat abilities—and to different sorts of combat? Would all rolls related to physical actions be based a character’s Chi (for example)?

I know. If I knew anything about PbtA, I’d see that I’m missing the point, and maybe my concepts of the soul would be perfect as basic stats. So let’s start, not with the “physical” attributes of the body, but with the multiplicity of the human soul, and see where it takes us.

In truth, this is a core concept around which I keep circling—and I know, you’re like, “Why is he so focused on some ‘soul’ concept for a contemporary apocalypse story?” Well, yeah, there’s a religious/spiritual element. But bear with me.

The concept of a four-part soul has fit together perfectly in my mind more than once, but it’s an elusive, and at time confounding concept that I want to serve multiple purposes—how to define magic, ghosts, immortality, possession or mind control, and other unique abilities of supernatural and alien races, including nonbiological lifeforms.

I think much of my frustration comes from trying to connect my end goal to existing and historical theories about the soul. For instance, though I’m inspired by the Ancient Egyptian concepts of the Ba, Ka, and Akh, my sensibilities are likely more the product of Fred Alan Wolf and Philip Pullman than Egyptian mysticism.

Let’s start with what I can more clearly differentiate. (1) Consciousness—that is, (self-)awareness, the singularity of one’s perception—is separate from (2) habits, impulses, reactions, patterned behavior based on memories (a combination of instinct and learning). I like to think of ghosts, for example, as imprints of “patterned behavior and memories” left behind after one dies. But these “echoes” of a person do not necessarily contain consciousness or self-awareness. Similarly, we can differentiate between the Ego and Id, or the intellectual and the emotional aspects of a person. But I don’t care for these terms because ego and intellect (the activity of thinking) can very much belong to patterned behavior. Pure awareness, such as during meditation (or astral projection?), allows one’s perception (or psyche) to move freely, beyond the shackles of one’s ego (or identity).

To understand the third and fourth parts of the soul, let’s look at the Egyptian soul, which is commonly considered to have five components, or according to some sources, as many as nine (including the physical body). I only want to explore a few here. Let’s start with the Ba, depicted as a human-headed bird, a “higher” aspect of the soul able to depart from the physical body (the Khat) and act on its own—although like others aspects of the ancient Egyptian soul, it also had a physical element and connection to the body (much like the silver cord that connects one’s astral and physical bodies). According to Wikipedia, the Ba was a person’s “personality”, their “unique character”. It can be described as the “manifestation” or “power”, what makes a person a person—their soul, their psyche. (I don’t think ancient Egyptians separated “psyche” from “identity” as I’ve done above, although they also believed in a Sheut or Khaibit, a “shadow” that often accompanied one’s Ba. Personally, I think that the Egyptian concept of the Ib (or Ab), the “heart”, more closely resembles my intentions for the “identity” portion of the soul, though I’m struggling to find the right word…)

The Ba remained distinct from Greek and later Christian concepts of the soul despite the obvious analogy, perhaps because of its unique relationship to the Egyptian Ka. Although the Ka can be translated simply as “vital spark”, “life force”, or “spirit”, that which leaves the Khat upon death; the Egyptians described the Ka as (3) a separate entity, capable of eating, drinking, inhabiting objects, and seeking vengeance in the afterlife. The Ka could act independently as a spiritual “double”—like a guardian angel or inner deity—that animated a person, in life and potentially after death. The concept of the Ka was also integrally linked to the Gods and divinity of the Pharaohs. 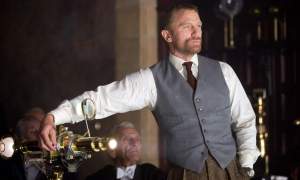 My fascination with the Ba and Ka mirrors my interest in pagan beliefs in spiritual doubles, found in stories of witches and werewolves, for example, and also embodied in Philip Pullman’s depiction of dæmons in His Dark Materials trilogy. (Remember Lyra’s shape-changing ermine?)

In essence, what gives a person life is something more than their biological and mental processes, a separate but linked entity (possessing its own ineffable physicality), capable of acting on its own. According to the ancient Egyptians, proper funerary rites could unite the Ba and Ka after death to become an Akh (or Akhu), an immortal and magically effective intellect.

So we have (1) the unique, self-aware, “astral” psyche; (2) a person’s identity, composed of collected memories and emotions; and (3) an otherworldly spiritual double that gives a person life. What’s the fourth?

As I mentioned in an earlier post, I ran a fantasy campaign using homebrew rules a few years ago, and toyed with this “four souls” concept then. At the time, the four “soul attributes” were Animus (1), Spiritus (3), Memoria, and Persona. (Interestingly enough, the word “animus” more closely aligns with the concept of the “spiritual double”, rather than with the “astral” or “psychic” aspect of one’s soul.) At the time, “Spiritus” was more aligned with the idea of “chi” or “life force” found within all things, but I like the idea that this difficult-to-describe “double” is that life-giving spirit, and that such spirits are found in all things. Delineations of the third and fourth aspects of soul get muddy when I reflect on “Memoria” and “Persona” and how these relate to a person’s identity, the concepts of the “shadow” and “id”—and functionally speaking, how they relate to magic in my RPG. But I think that’s a topic best left to next week’s blog post!

One thought on “Attributes: quantifying the Body & Soul”

This site uses Akismet to reduce spam. Learn how your comment data is processed.